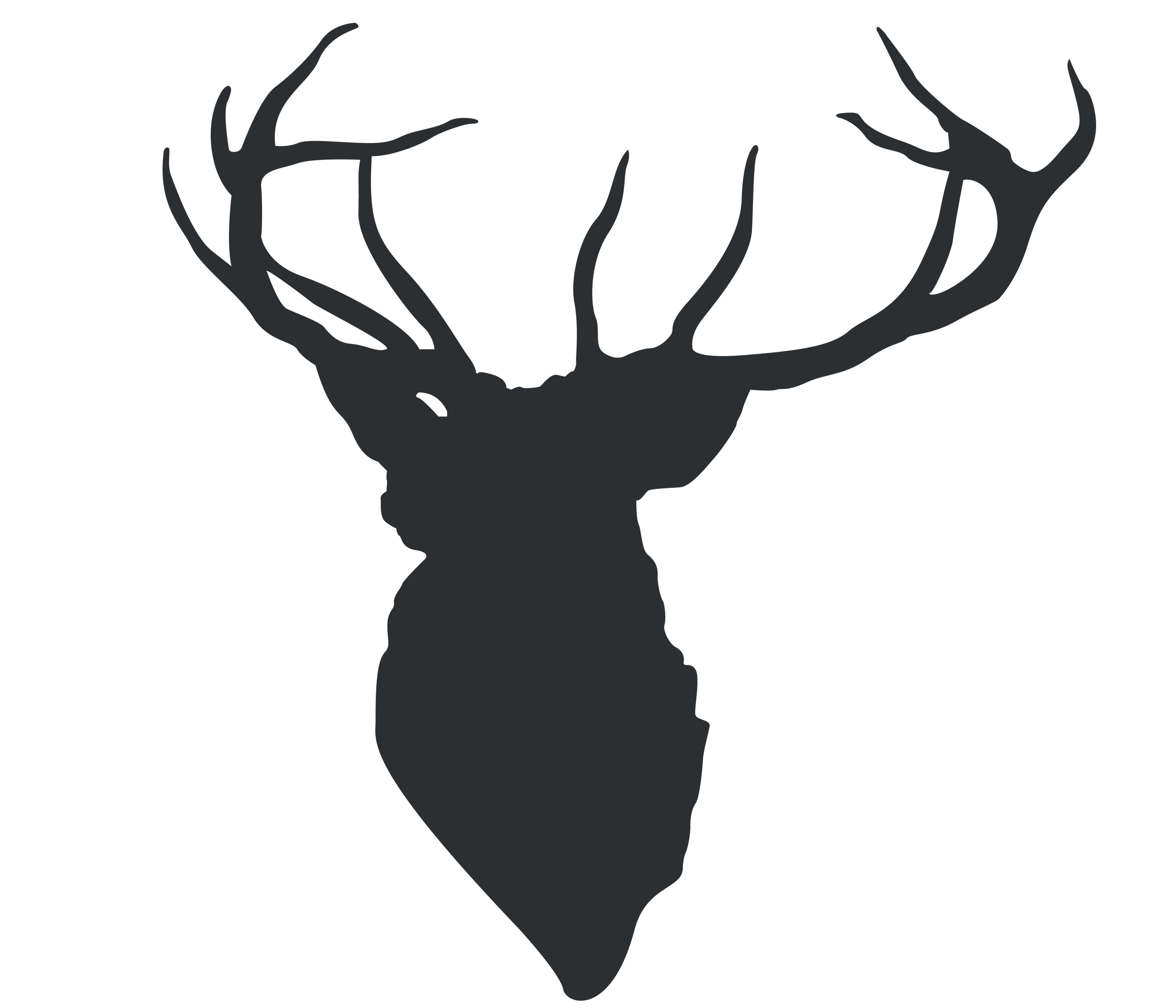 aka The Four Pronged Assassin

I am the Big Stag on campus of our Shandwick place store.

I have over 8 years vaping experience from using starter devices and pods myself all the way through to mechanical mods and rebuildable products.

I live and breathe vaping and I'll be updating this blog every single week and adding reviews on everything I can get my hooves on until they turn me into glue and send me to the big forest in the sky. 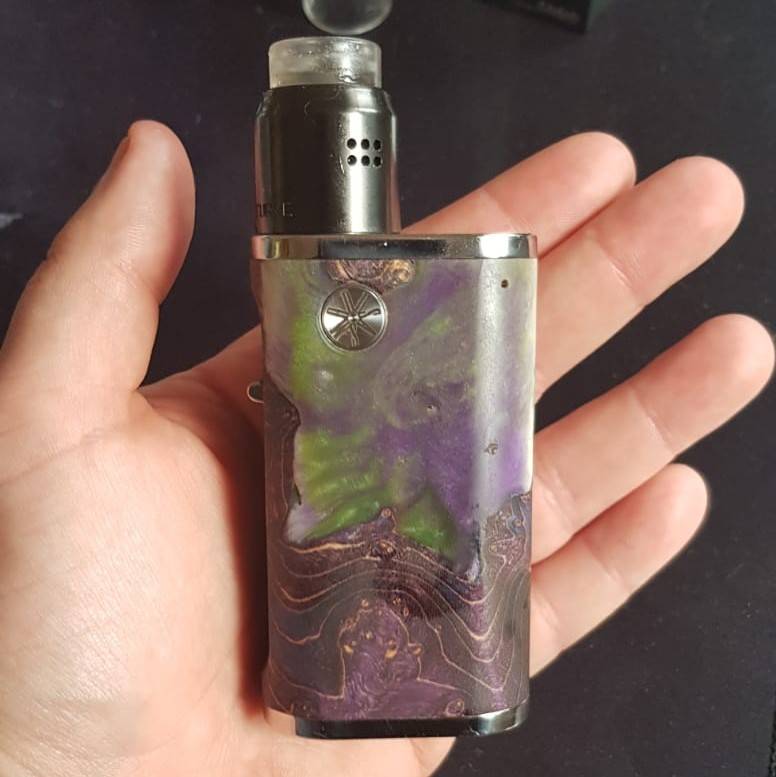 Mcstaggerson bringing you another review that is sure to get your furruffled.Today I am going to be looking at the Asmodus Pumper 18. This is a petite semi mechanical, single18650 squonker mod.

The stabilised wood body on this mod is absolutely glorious and just to think I remember when thatguy used to be a tree.So, get the beer out, forage some grub and let’s get into it. 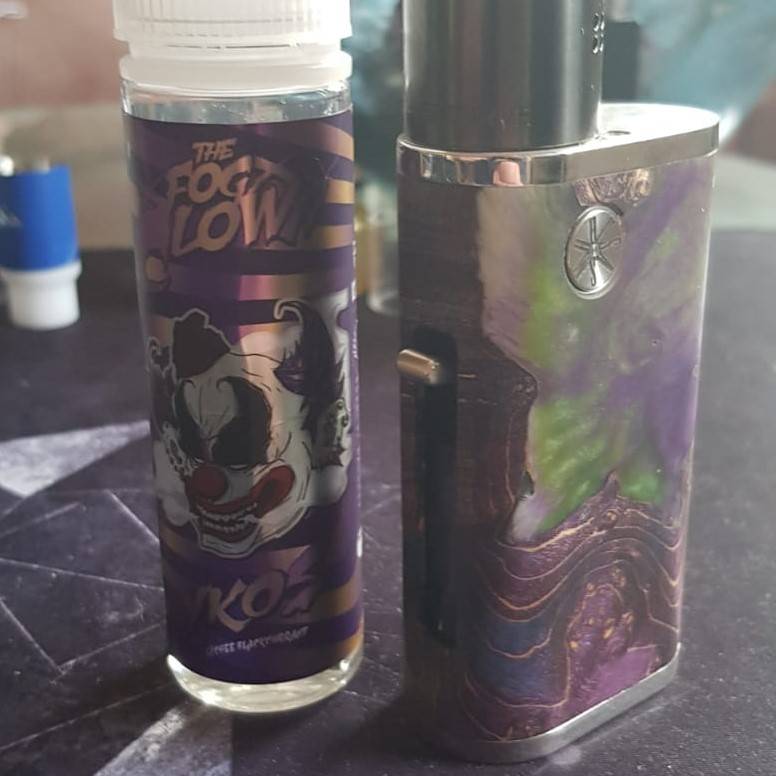 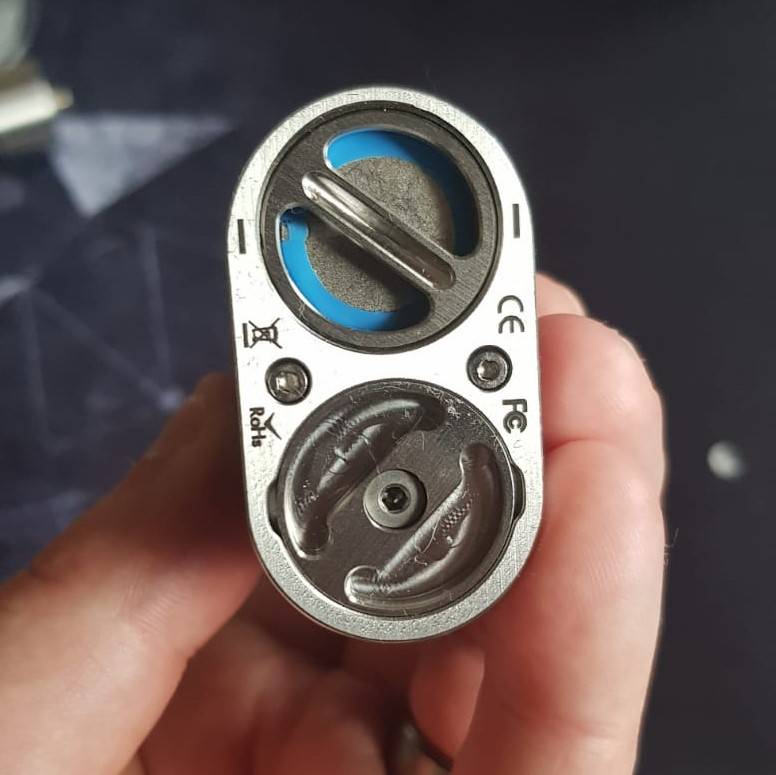 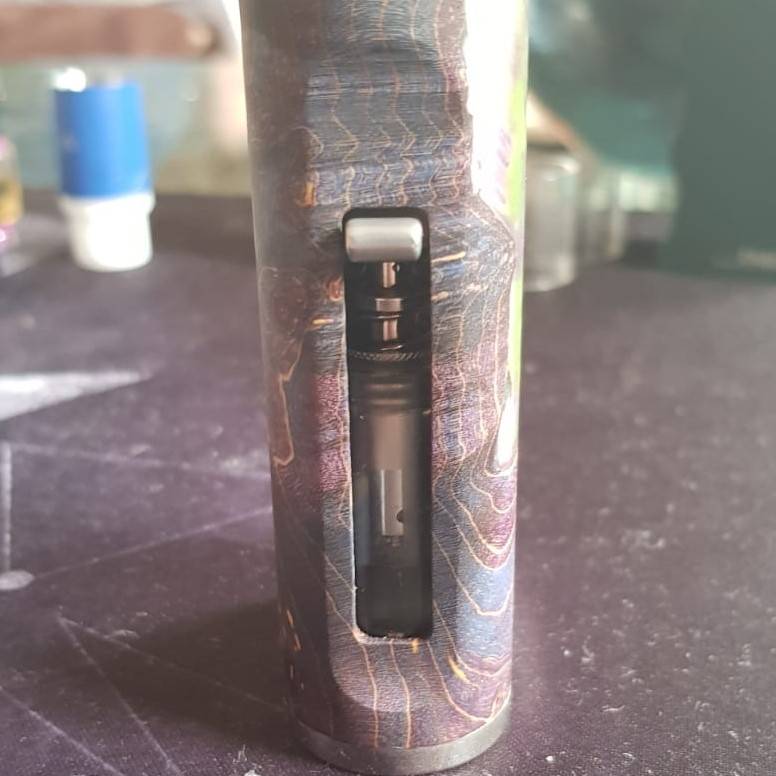 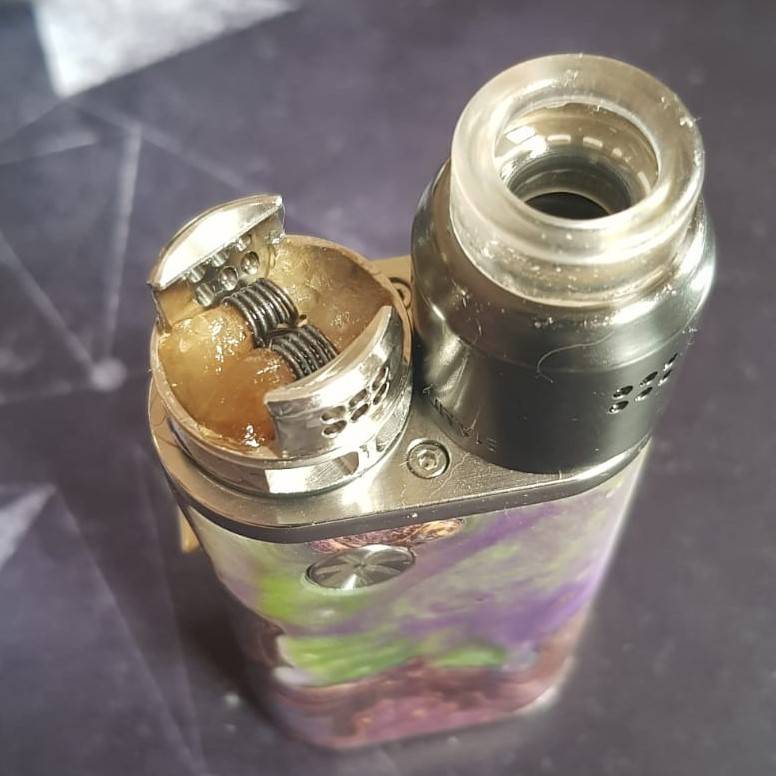 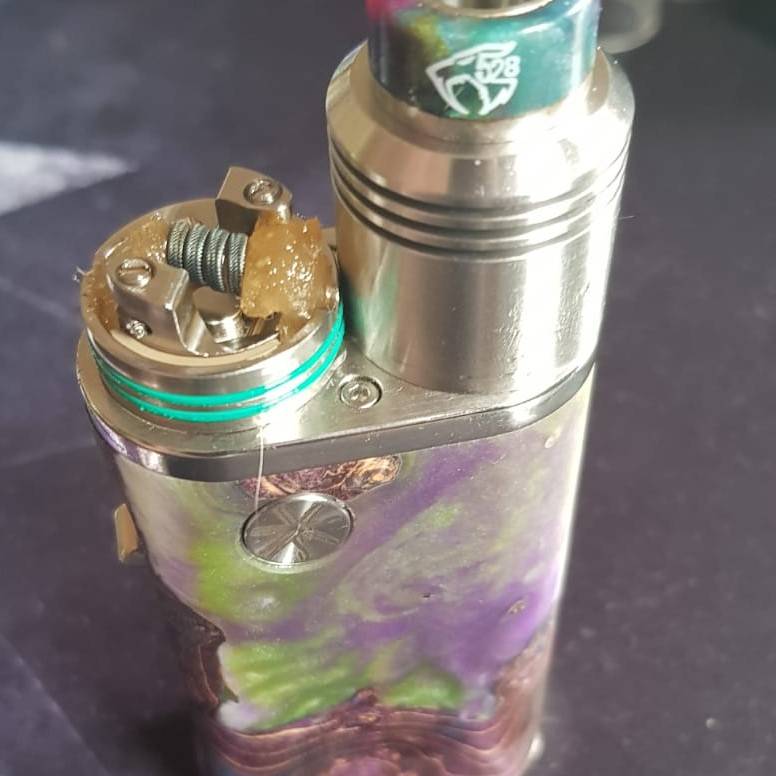 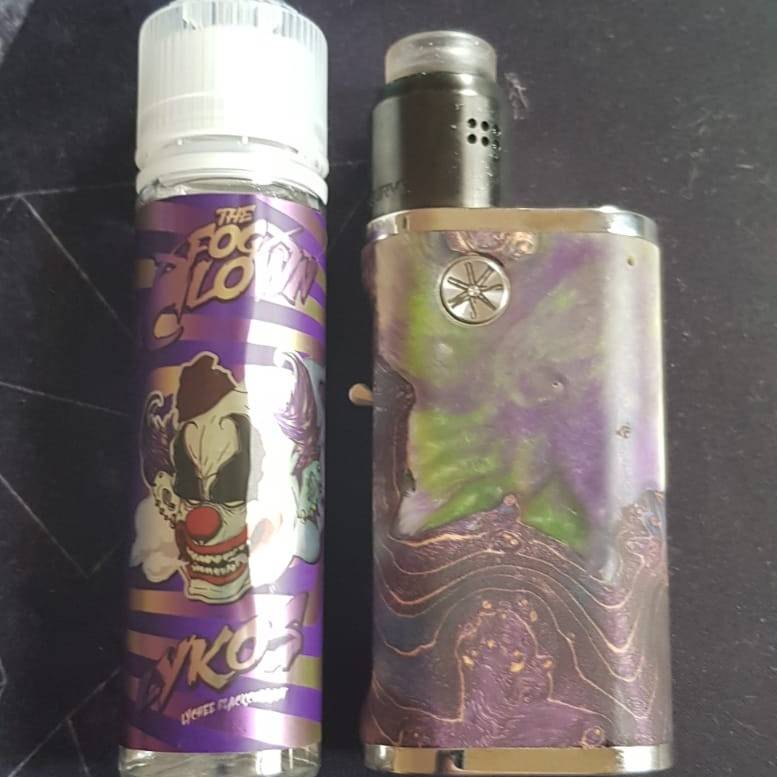 First of all I’m going to talk through the very basics for those that are perhaps unsure of what someof the words above mean.

This mod takes a single 18650 battery, it has a bottle next to it which can hold up to 8ml of juice andit is a squonk mod. A squonk mod is a mod has a bottle that holds juice and upon pushing orsqueezing that bottle it will send juice up to your atomizer. Also, when I say it is semi mechanical, Imean that the device has safety features but no adjustable wattage. Think of a mech mod with asafety chip, except you can turn this on and off by pushing the fire button 5 times. It also has a 10second cut off and when your battery drops to 3.7v or if there is a short the light will flash red as awarning and it will not fire. Doesn’t that sound excellent?  All that power with the safety to go alongwith it... Not exactly. I will go over this in a bit more detail when I discuss the performance of thismod.

When I received the mod, I was surprised at how small it actually is. When I think of squonkers Ithink of usually quite bulky devices, but this is tiny!When I opened the box, I was blown away by the stabilised wood and the colours used. These modslook the business and are relatively light. One thing I do like about Asmodus is their quality, and thisdevice is no exception. Pair it up with any stainless steel atty (under 25mm) and you will look like aballer of the vape world.The way this device is designed is top notch. The fire button is in a nice comfortable position for me (I primarily thumb fire this). The batteries are removed by just a standard screw cap - screw It off andBob’s your uncle. The battery must go in positive end up - this is indicated on the device. The squonkbottle is removed by pushing down on the bottom of the bottle and then a half turn to the left. Youthen use the lever on the side to push the bottle out.

Filling this thing is as easy as eating grass - youjust remove the centre piece that connects to the mod. Fill the bottle 2/3 of the way up and pop thepiece back in. Simples!Now everything I have mentioned Is all very standard so apart from its looks, what stands this outfrom the competition?Well, its got a daft name for a reason - the lever on the side works as a pump for your squonk bottle.So, you pull the lever down and juice is pushed out of the bottle and up to the atty. Nifty right?!This is pretty cool. I have a few squonkers and as the bottles get old, I find myself finger punchingthem to death in order to get juice up to the atty. However, with this it is real easy and strangelysatisfying.I haven’t come across this mechanism in any other squonkers and I really like this feature. It hasdefinitely earned a place in my collection, that’s for sure.

Now I mentioned performance earlier so lets get into that. I have used this mod with a couple ofattys and a couple of different builds to compare it to my 18650 mech mod. I also tried a coupledifferent batteries to see their effect on the performance.

My first setup was the Asmodus Barrage RDA. This is a great performer and works really well whensquonking which makes it ideal for this mod. This is a single coil RDA so I installed an alien coil whichcame out at 0.21 and the battery I used was a Samsung 25r (20amp). I know this build, this build issafe on a mech and calculated using Ohm’s law. Compared to my mech, the ramp up was slower.Not massively slower but slower, nonetheless. Now bearing in mind that this is a safe build on amech I was really surprised to find the battery heating up. Anytime a battery starts to get hot, alarmbells start to ring for me. Then, keeping the same build in there I switched to a Samsung 20s. Theseare my go to 18650 batteries for my mechs. This solved the heating issue and although the ramp upwas again slower than the mech, it was a lot less noticeable with this battery.

Next, I popped my Recurve Dual RDAon for a blast - another great RDA for squonking. After my firstexperience with the 25r’s, I decided to sideline them. So, using the Samsung 20s I stuck in one of myfavourite builds - dual fused claptons 0.17ohm which are more than safe for the mighty 20s. This wasa winner for me - it really brought out the best of this little squonker. The ramp up time difference isnearly non existent. I was super impressed - so much so, I have now vaped 60ml of juice through thissetup.

Lastly, I decided to try something very out of character. I looked into this a lot before doing so, but Istuck in a build lower than my battery could support. 0.14ohm is the lowest my 30amp batteries canhandle but with the safety features (e.g. the regulated chip this mod has) I thought for reviewpurposes, I would put in a pair of 0.11ohm aliens. I could use it and I could vape it, but the batterygot pretty hot and I then realised that this was a bad idea. What I would say is treat these mods withrespect and treat it like a mech. Warmth in a battery is fine and normal but hot is not, so just don’tbe silly. Although the chip does have a cut off, I would not recommend sticking a build in here lowerthan your battery can handle.

Now there are hundreds of different parameters I could test, all I did was take a couple of builds andattys that I knew off the back of my hand and compared the performance to my 18650 mechs. Theone thing that people want is the power and performance of mechs but without the fear of blowingthemselves up.My thoughts - this device is excellent. I love the pump mechanism and its super easy to use. I lovebeing able to turn it on and off but still get the impression I am using a mech. Once I found the rightbuild, I have loved using this and the convenience of it. One thing to watch is the pump, first use Ihad liquid pissing out everywhere as I was like a kid with a new toy. Unfortunately, this is trial anderror and everyone will find their own squonk technique.Looks alone I would have this device - with anything like this I am a proper magpie. Time will tell if itfinds its way into my daily rotation or just a collectible on my shelf. At the end of the day it is not amech and I love mechs. But this device has certainly impressed. What I would say is that this is idealfor those wanting to venture into mechanical mods. With the safety features it makes using, thatlittle bit easier than just jumping straight onto a mech.

Back to Learn with Vaporony

Wicked Wires make some of the best coils on the market, we couldn't be more pleased to announce our partnership.

THE AXIAL PRO BY TWISTED MESSES

A 25mm RDA that features two decks: a series and a parallel. Decisions decisions...

THE BEST OF BOTH

Our Loyalty program gives you 10% back on all e-liquid purchases! Use your points online & instore!